A few months ago, we spoke with Hidetaka Miyazaki, director of legendary FromSoftware milestones like Dark Souls and Bloodborne, to learn what we could about their just-announced new project: Sekiro: Shadows Die Twice.

Now, Sekiro’s release date is almost here… but we still have questions. Activision’s Robert Conkey, producer on the title, was kind enough to answer a few of them as we draw nearer to launch on 22nd March.

PlayStation.Blog: 1. Sekiro: Shadows Die Twice is nearly here. First of all, congratulations! How does the team collectively feel at this stage? Relieved? Excited? Anxious?

Robert Conkey, Producer: Thank you! It is hard to describe everything all in one word, but to say the least we are extremely excited. From has been hard at work on the game for some time now, and it has come to an incredible place. We can’t wait for players to experience FromSoftware’s next work. 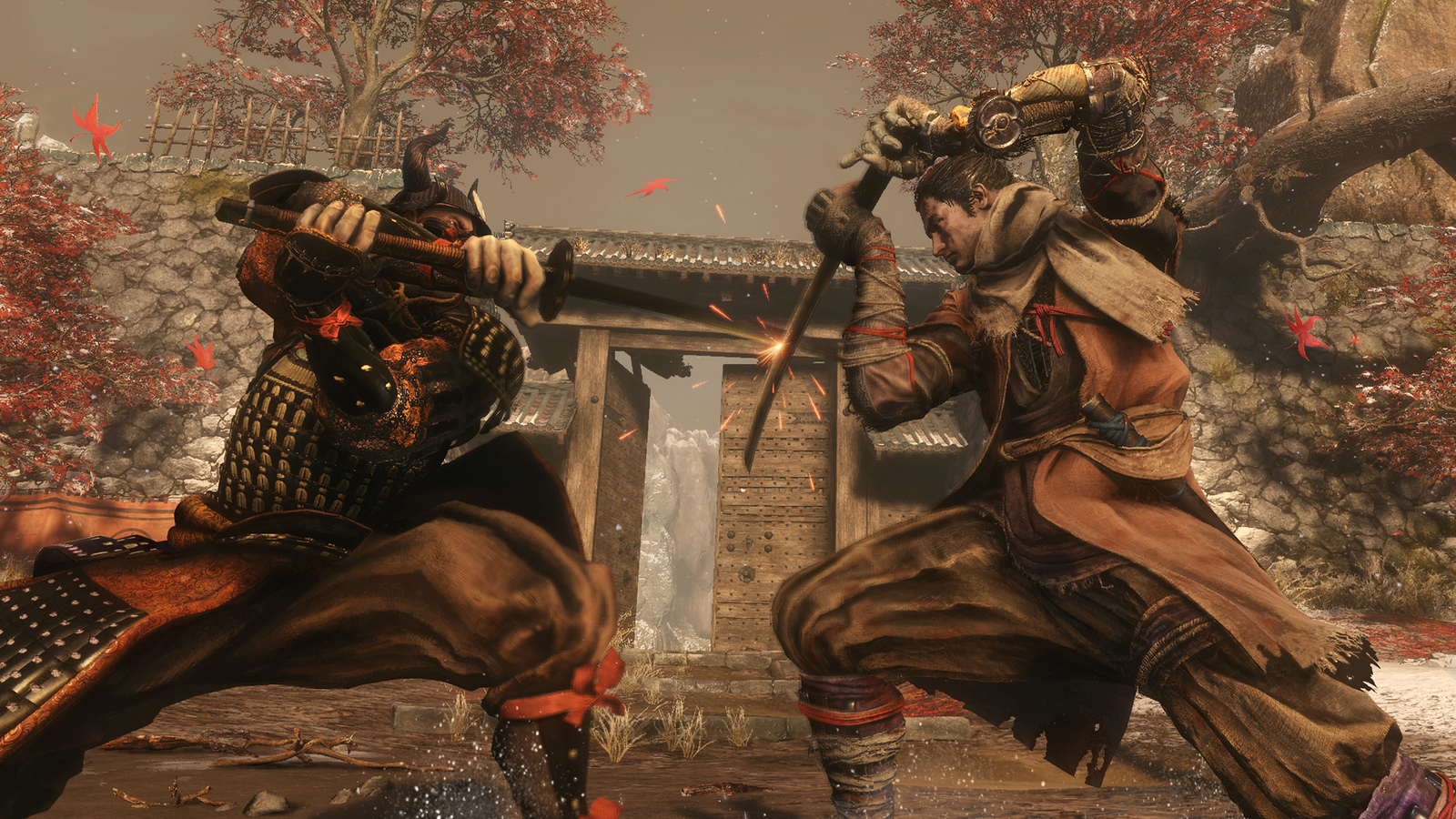 2. What has it been like to work with FromSoftware?

FromSoftware is a world class developer and it has truly been an honour to work with them. Personally, working with them on this title was a bit of a dream come true. The amount of love, blood, sweat and tears they’ve put into this game is astounding, and I can’t wait for everyone to experience the results of that themselves later this month. 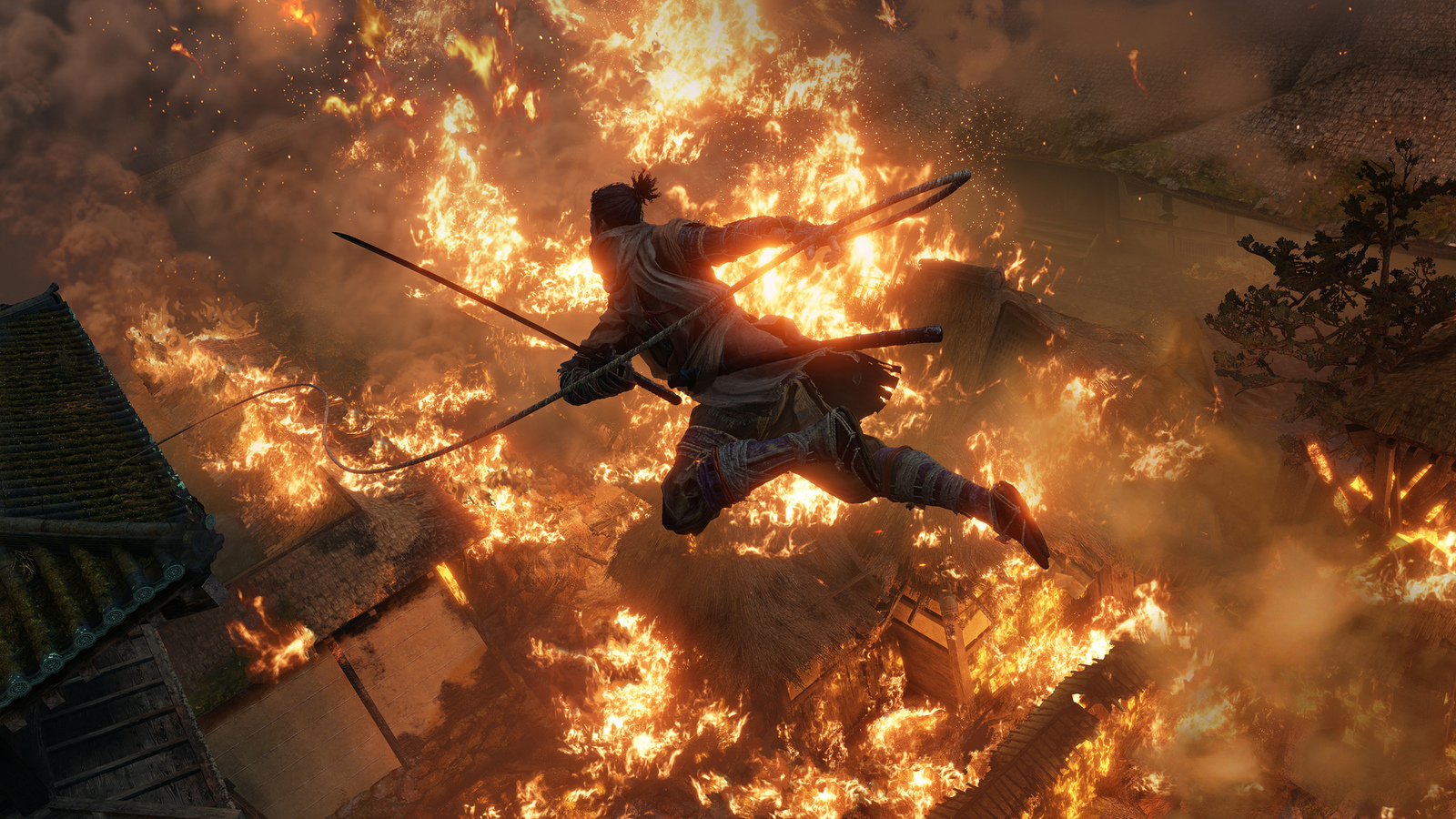 3. The main character of Sekiro is much more agile and mobile than characters have generally been in past FromSoftware titles. How does this new approach affect gameplay?

Mobility is one of the things in the game we’re really excited about, as it opens up many new ways to fight. Just having a dedicated jump changes the concept of combat entirely, where you suddenly have to think in three dimensions – you have to jump over sweep attacks, you can deflect, use arm tools and combat arts in the air, etc.

Additionally, the added mobility means encounters can be designed for the player to viably fight larger groups of enemies at the same time. There are a variety of techniques that are designed specifically for this purpose, and they can be very fun to use. The Bloodsmoke Ninjutsu technique we showed at TGS is a great example of one of these. 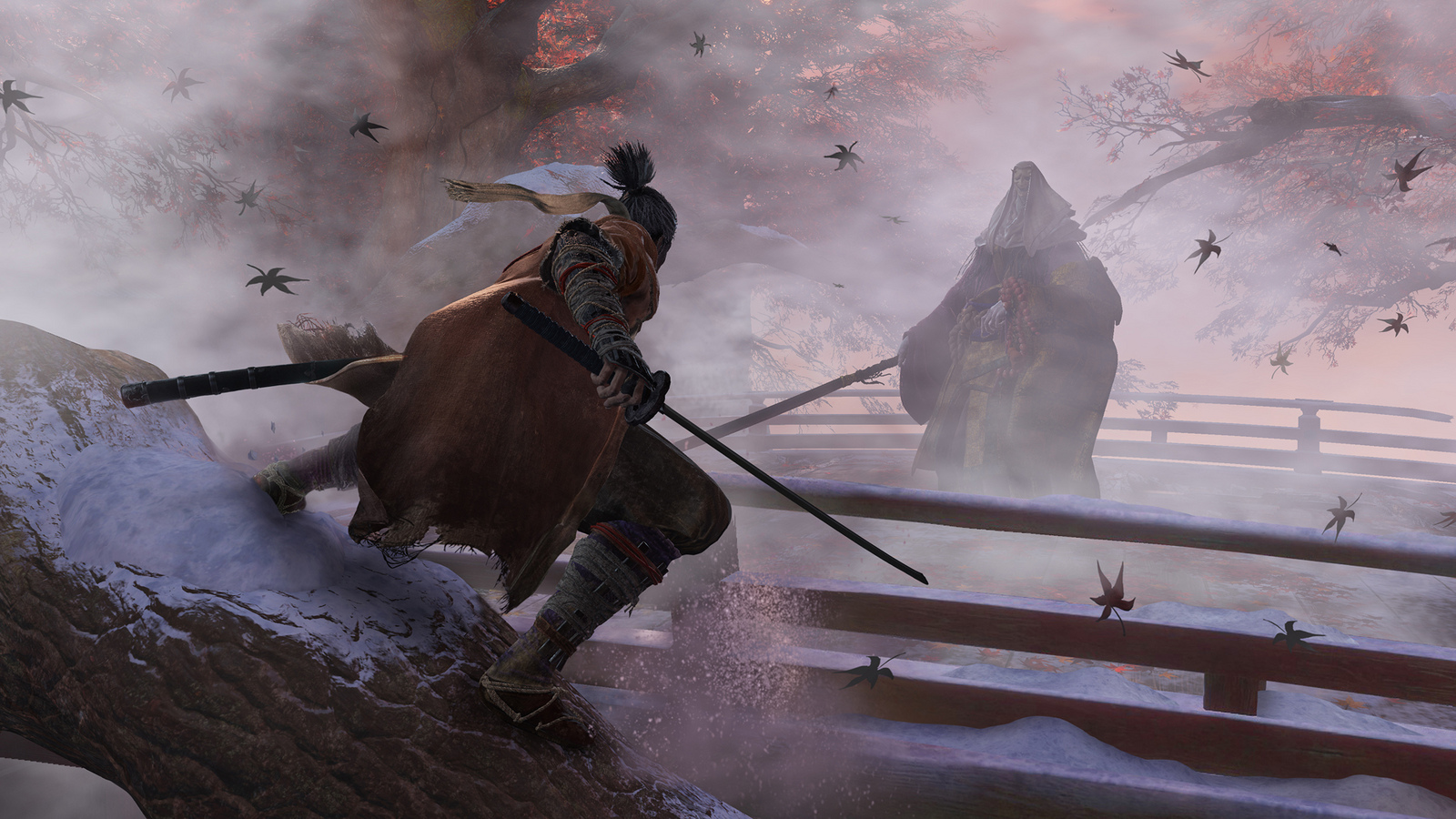 4. How do specific enemies like the Corrupted Monk and Oniwa dictate the change in an environment’s mood? Is there a relationship between the atmosphere of an area and the mechanics a player will find themselves using?

FromSoftware are masters of atmosphere, and they’ve done some really exciting stuff this time. It’s clear that much consideration has been made for each boss appearance and ensuring a certain mood is achieved.

Just before a boss things might get quiet, and you may spend some time walking through a beautiful, visually rich area — the calm before the storm. Each boss has their own musical theme, as well as their own sense of character and personality, which is expressed vividly in their animations.

The Corrupted Monk is a great example of this – everything from her long flowing robes, to the way she fights, the bridge, the lighting, the music… it all plays into what makes the fight that much more memorable. Even the surrounding trees change the combat itself by allowing for different grapple points to escape or find a new vantage point for an attack. 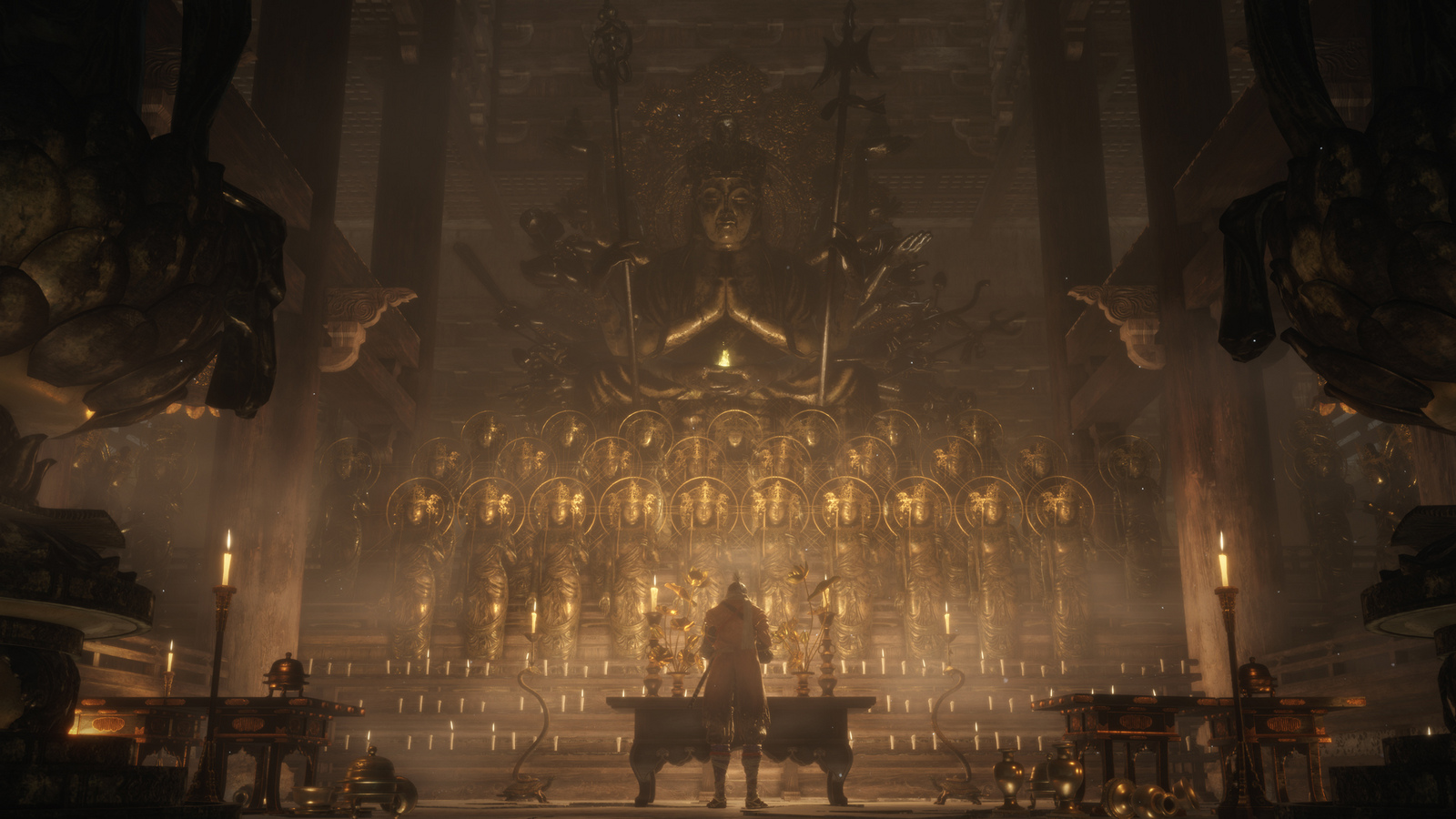 5. In an interview with Miyazaki-san at E3 he mentioned that the details of the resurrection system in the game hadn’t yet been finalised, but I think it’s safe to presume they have been at this point. Can you share any insight into how that mechanic affects the flow of the game? Are there approaches that were proposed but did not end up in the final game?

FromSoftware iterated on the resurrection system quite a bit, and I think it landed in a really great place. The idea was to ensure the player could experience intense combat as a fragile but powerful shinobi, while still giving the player some leeway to really push their limits and take some risks.

It also allows the player some opportunities to use death to their advantage by luring enemies into a false sense of security. Some astute players may have noticed, but the E3/Gamescom demo also featured an item that allows you to cause your own death specifically for the purpose of taking this advantage.

Of course, FromSoftware needed to make sure this mechanic didn’t make the game too easy (and don’t worry, it hasn’t); the game has been tuned around the fact that players have this ability. So while it makes for a different flow than what you’ve seen in previous titles, the level of challenge you’d expect is very much intact. 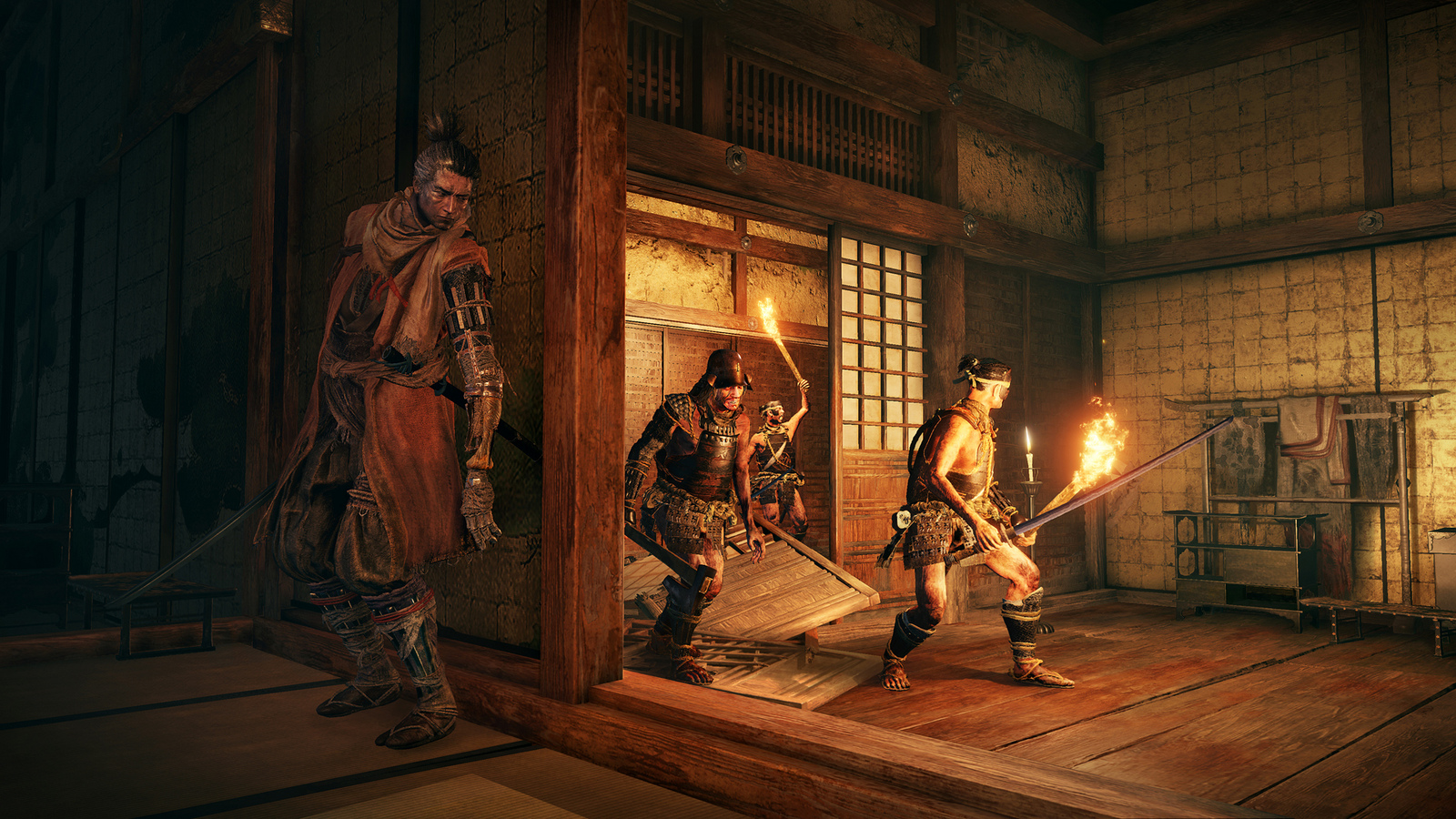 6. We spoke before about the different ways players might approach a battle in Sekiro, but is there a certain strategy you generally prefer? Sprint in with weapon drawn, or stick to the shadows and plan a quieter attack?

This game has a lot of combat variety even in just the encounter composition. For example, sometimes you’ll be up against a group of five, six, or more regular enemies, other times two or three big, powerful ones, and other times it’s a pure 1v1. The player will have access to many tools that can help with such challenging situations.

Much of the strategy of the game is based on how good your initiative is and if you’re bringing the right tools to the party. Stealth is one of your strongest methods of initiation, and other mid-to-late-game moves such as the Bloodsmoke ninjutsu are especially effective when engaging against groups.

Prosthetic tool and Combat Art selection can also make a big difference in combat, so a lot of the fun is experimenting with different tactics and determining which tools and techniques make sense for different enemies. We are excited to see some of the unique approaches that fans come up with. 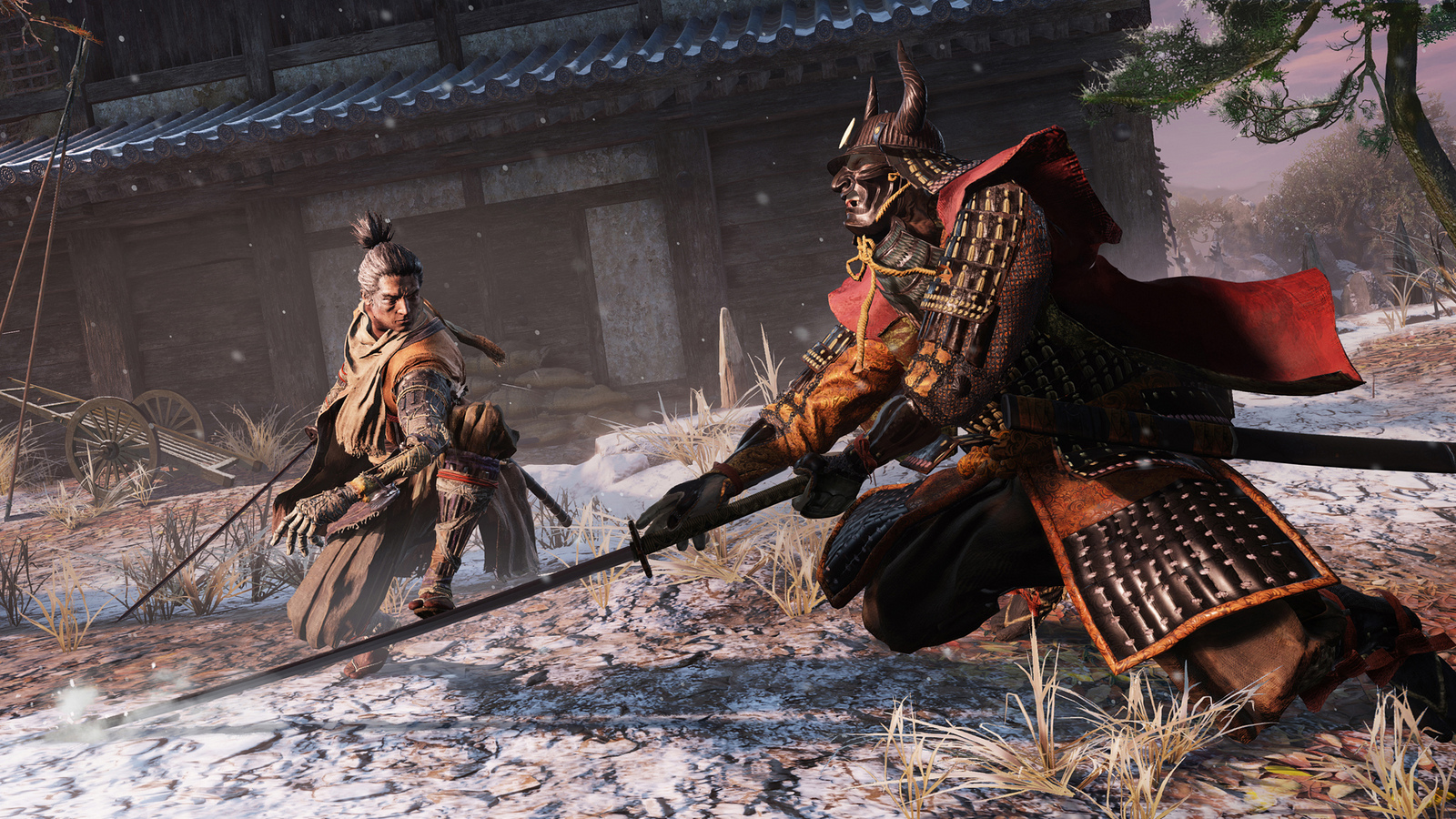 7. What’s one thing you think all players of Sekiro — be they hardened Dark Souls veterans or more casual players looking to broaden their horizons — should know before they start the game?

While fans of From’s previous works will certainly find Sekiro familiar in some ways, this is an entirely new game that we think will appeal to both long time From fans as well as new players.

The new Posture system is an evolution of FromSoftware’s signature combat, so some of the tactics that worked previously might not work so well anymore.

I would encourage players to take the time to learn, embrace, and experiment with the new combat system and I believe they will find it very rewarding.