We’re thrilled to finally bring The Mage’s Tale to the PlayStation VR community. The Mage’s Tale is a 10+ hour dungeon crawler RPG set in the world of The Bard’s Tale series and designed from the ground up for virtual reality. Exploration, combats, puzzles to solve, and secrets await every player who dons the PS VR headset.

When your wizarding master is kidnapped, it’s up to you to rescue him and complete your journey from apprentice to master mage. You’re armed with nothing but your wits, raw elemental power, and your own wizarding workshop in which you can craft hundreds of different spell combinations.

The unrivaled immersion of VR allows you to tell your very own Mage’s Tale.

What makes VR so special?

The Mage’s Tale was inspired by the daydreaming we do as kids. We wanted the capture the feeling of going into your backyard and pretending to be a master wizard, summoning lighting bolts, and throwing fireballs at make believe masters. All of the game is designed to capture that sense of childlike wonder and power fantasy.

For inXile CEO Brian Fargo, VR was the realisation of something that he had been striving for his whole game dev career.

When he helped create The Bard’s Tale in 1985, it was about providing a way of making players feel like they were exploring a fantasy world — to capture the spirit of tabletop gaming in a video game. With the arrival of VR, we now had the power to put players into the dungeon, the world alive and full of danger. They no longer have to imagine their surroundings. They are there.

To fulfill that power fantasy of being an all-powerful wizard, it was critical that we make you, the player, feel in control.

VR really shines when you get to be creative in how you interact with the world. If a player walks into a room, sees an object, and says to themselves “I bet X will happen if I do Y,” it’s our jobs as developer to make as many of those intuitive jumps come true. Because each time your expectations aren’t fulfilled, you feel more like you are in a game and less like you’re in the magical world of Caith. We extended that philosophy to our world building, combat systems, and crafting systems. 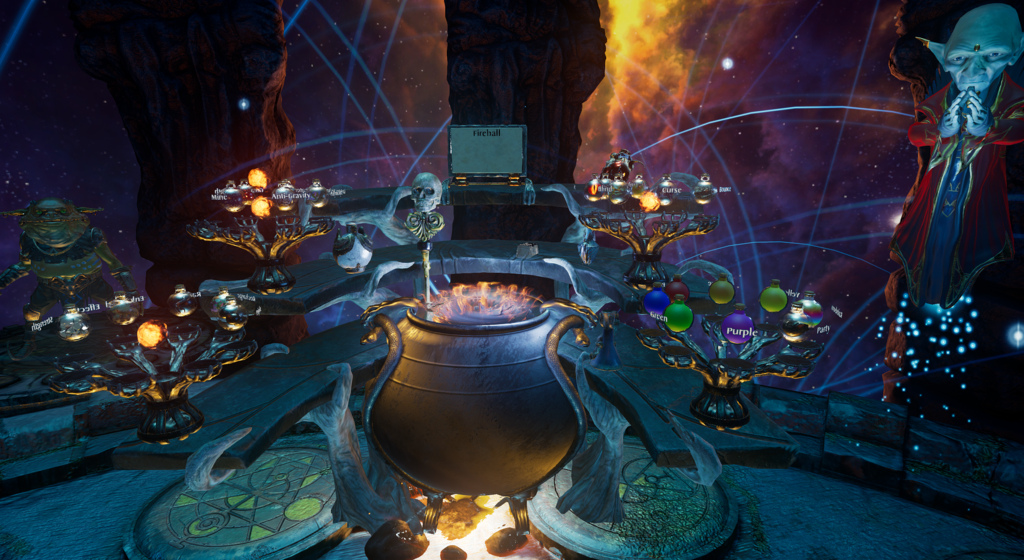 For example, one of our favourite moments happened at GDC while demoing the game. Our GDC volunteer decided to craft an anti-gravity windblast landmine with confetti. He threw down a landmine right before a goblin warrior went in for the kill.

The explosion threw the goblin up into the air and into the roof of the dungeon, causing an explosion of confetti. As the confetti filled up the room, the player switched back to fireballs to blow the poor goblin up on his way back down. It was one of the coolest moments and combos that we have ever seen. 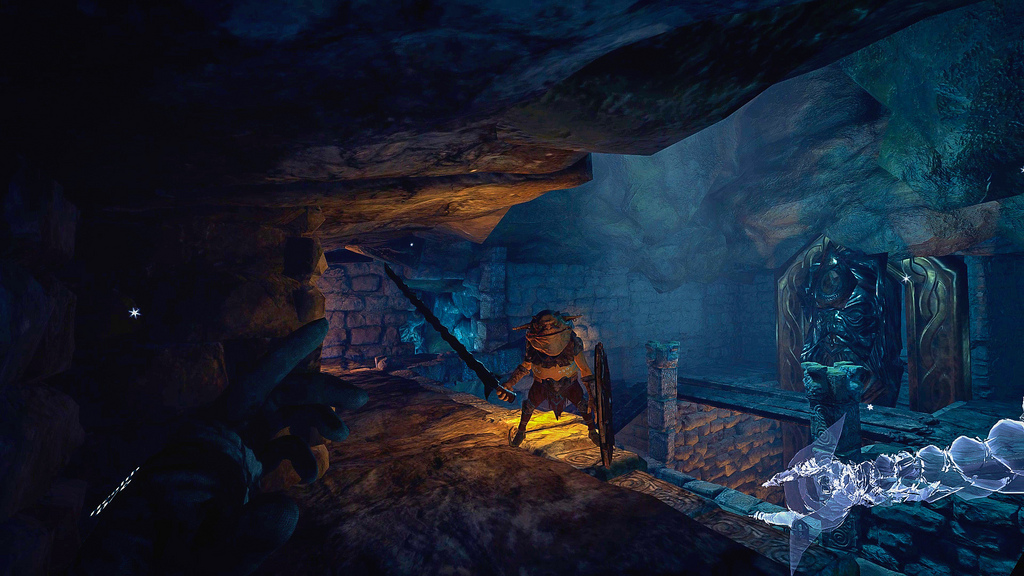 VR game development was completely new to inXile and relatively new to most gamers as well. Because of that, we put an emphasis on early first time user experiences (FTUE) to really wow people who were new to VR and blow them away with its potential.

We noticed that players wanted to poke, prod, and examine everything in the dungeon and around them — whether igniting cobwebs, picking up bones, trying to kill bats, blowing up crates and barrels, or anything that let them feel that they were “there” in the world.

Therefore, we turned all those little things (Non-Essential Funds in gamedev speak, items that provide flavour rather than direct gameplay) into interactables.

This resulted in some great player-generated moments such as:

The game’s responsiveness is key to its immersion; it makes you feel present in a living, breathing world, not just another on-rails VR experience. We truly appreciate all the people that came into the studio, tried out the dev builds, and shared their wish list of things they want to do in the dungeons.

As important as it is for a game to look good, it’s probably more important for a VR title to feel good. We realised early on that everyone was looking for different things when it came to their play preferences. We made immersion one of the core product pillars, and that meant it had particular rules that we had to follow. 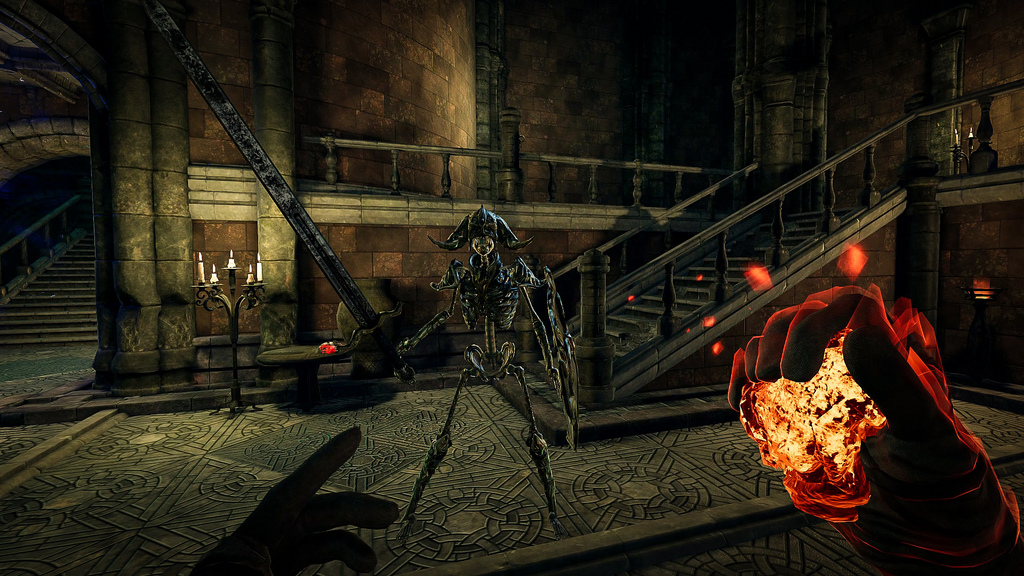 We had to build the game around the fact that the player will have no HUD or heavy UI elements. The player gets all the visual feedback by actual things such as a spell book showing what you have unlocked, your crafting tables have the ingredients you picked up, your gloves have gems that indicate health and experience, etc.

We couldn’t have 100% immersion since some feedback is important so if you bring your gloves up to the player’s face (as though you’re looking at your watch), you will see values like Hit Points or Experience Points needed for the next level. Beyond that, there are no UI elements in the player’s vision. Here is a short list that we created to get around things:

Shortly after our initial release we found that there’s no one-size-fits-all approach for action VR experiences like ours. We’ve added many options for both comfort and immersion for you to set.

For example: a reticle for aiming helps, but doesn’t feel “real” to some players. Smooth Movement feels “real,” but makes many people seasick. VR needs more options to work outside of the normal choices that players are used to.

With that line of reasoning in mind, we implemented Step Movement, Step Turning, Smooth Movement, and Smooth Turning (with speed adjustment) — and, since the player is a mage, they still get an aimed teleport as well. Along with the movement options, we also gave the player the ability to see their reticle or hide it, and show or hide the sensor if the player loses tracking. All of these things matter because VR is all about the experience.

A VR game with meat on its bones

At inXile, we’re known for our classic-styled RPG titles such as Wasteland 2 and Torment: Tides of Numenera, so when we announced The Mage’s Tale, it came as a surprise to our fans. For many of us at the studio, VR was an opportunity to realize game dev dreams decades in the making.

At the time we were developing The Mage’s Tale, most VR experiences were more tech demos than games.

As a RPG company, we really wanted to create a full game experience in VR — a story, character progression, exploration with secrets to be found, and different systems to master. Everything about the game — the combat, the exploration, the crafting, the puzzles — is designed with VR in mind.

The more a player feels a part of the world, the more they can lose themselves in the gameplay and have an amazing playing experience. 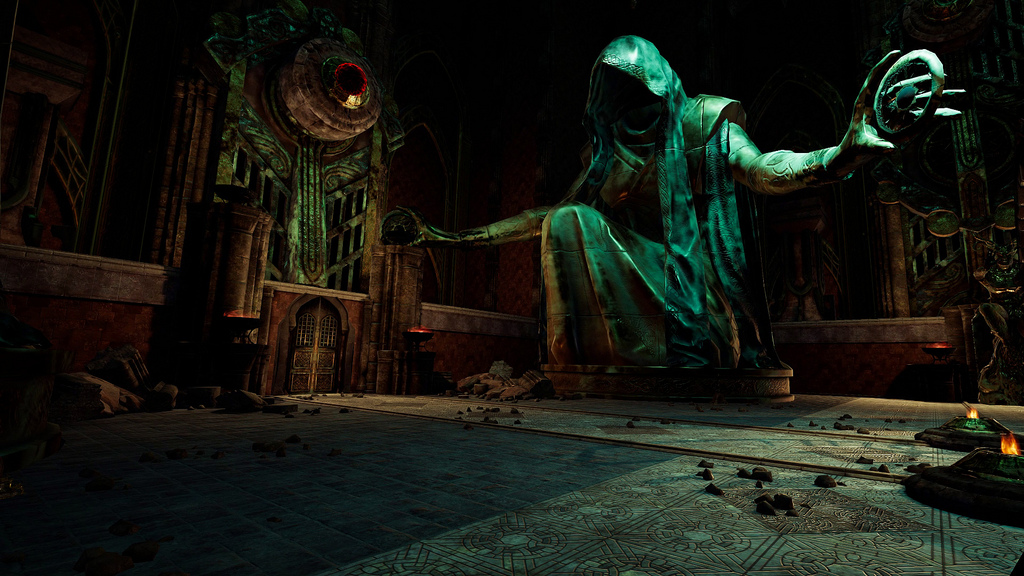 The Mage’s Tale is YOUR Tale

With PS VR, Sony has made an incredible commitment to VR gaming and we’re thrilled to finally bring The Mage’s Tale to a fanbase that has been patiently waiting for this day for a while.

Thank you to Sony and thanks to all of you who have asked after a PS VR of the game. Your enthusiasm is what made this moment a reality and we hope you enjoy the adventure! 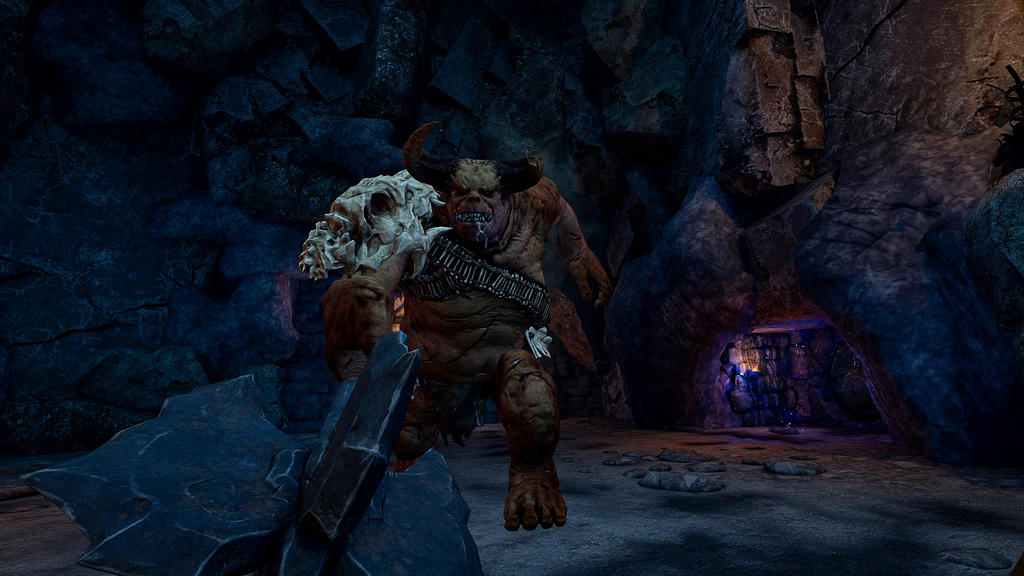