How real-world kart racing shaped the futuristic thrills of Xenon Racer, out on PS4 this month

Hi there! I’m Francesco Bruschi, CEO of development studio 3DClouds. We are bringing arcade racing back with the futuristic Xenon Racer! I can’t wait for you to get your hands on it when it releases later this month. But first, I would like to tell you the story of how my past as a go kart driver has inspired me to create a racing game, and how I translated my own experiences into features of the game.

Racing is in my blood, my grandfather was a race driver and his passion has been passed down from father to son. When I was ten years old, my father encouraged me to push myself to my limits in go kart races.

I fell in love with the world of racing, the speed and adrenaline, the race lines, the sound of the roaring engines and the exquisite technique of the cars. I took part in the 100cc Championship, after which I participated in the LeMans Kart Race with the Beretta team and even raced Sebastian Vettel in Formula Renault. 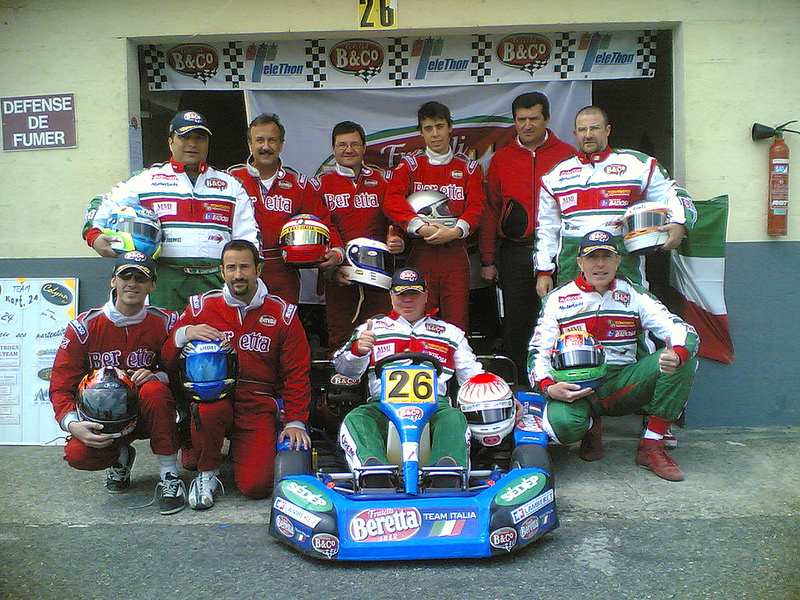 I’ve always loved playing sim racing games as well. At some point I was playing the game Grand Prix 2, where I could simply modify liveries.

From that moment on, I fell in love with the modding system and basically started to recreate every piece of my racing equipment within my favourite video games. I became infatuated with the idea of making a racing game from scratch, and a few years later my dream came true with the creation of Xenon Racer.

With Xenon Racer, the aim was to create an old school arcade racer, where players can have uncomplicated fun right from the start. We chose a futuristic theme, which fits the arcade vibe and allowed us to use our imagination and creativity when designing tracks, cars and buildings.

We’ve spent a lot of time playing the classic arcade racers of the past 20 years and we’ve integrated their best qualities into Xenon Racer. We’ve also tried to take the physics of the karts I used to drive into the real cars in the game, by creating fast, futuristic cars that run at 400 km/h and that can drift just like a go kart.

The drifting system was the first thing we wanted to perfect, because to me drifting is a big part of what makes racing so much fun. We tuned the drift system until we had reached the perfect chemistry, a drift that challenges players to refine their driving style with every race.

To add the true sense of competition that is key in racing, we have also included leaderboards, classic split screen for couch play and online lobbies in the game.

It was important to me to offer a massive amount of customisation options as well, since that is something I’ve always valued in racing games.

In Xenon Racer, you can personalise vehicles not only with extra liveries, but also with free palettes to change the looks and extra parts to change the statistics. For every racing track, there is a difference as to which car and which settings work best to put you in pole position.

I am very proud of how Xenon Racer turned out, and hope that you will have the same adrenaline rush that I experienced on the tracks as a child. Xenon Racer is already available for pre-order, and launches both physically and digitally on 26th March, so speed to the stores and experience the drifts and boosts yourself. See you on the tracks!

The post How real-world kart racing shaped the futuristic thrills of Xenon Racer, out on PS4 this month appeared first on PlayStation.Blog.Europe.