Devil May Cry 5 is now live on PS4! In celebration of the legendary demon-slaying series’ fifth installment, we reached out to producer Matt Walker of Capcom to get answers to a few devilish questions before we settle in for a weekend of rocket-riding, motorcycle-wielding, air-juggling action.

PlayStation Blog: Devil May Cry helped popularize the idea of an over-the-top action-combat-RPG way back in 2001. What’s it been like to see this genre mature (well, maybe that’s not the right word…) over the past couple decades, and how did the team look to push it further with DMC5?

Itsuno-san’s main concept for DMC5 has always been to bring the focus back to “pure action” – he wanted to show the world that the essence of what makes action games fun hasn’t changed in the last 30 years – that game loop of coming up against a good challenge, and then feeling an immense sense of accomplishment by overcoming that challenge.

With DMC5 we pushed this further by adding a 3rd playable character with a completely different approach in V, and further differentiating Nero’s gameplay with the Devil Breakers. 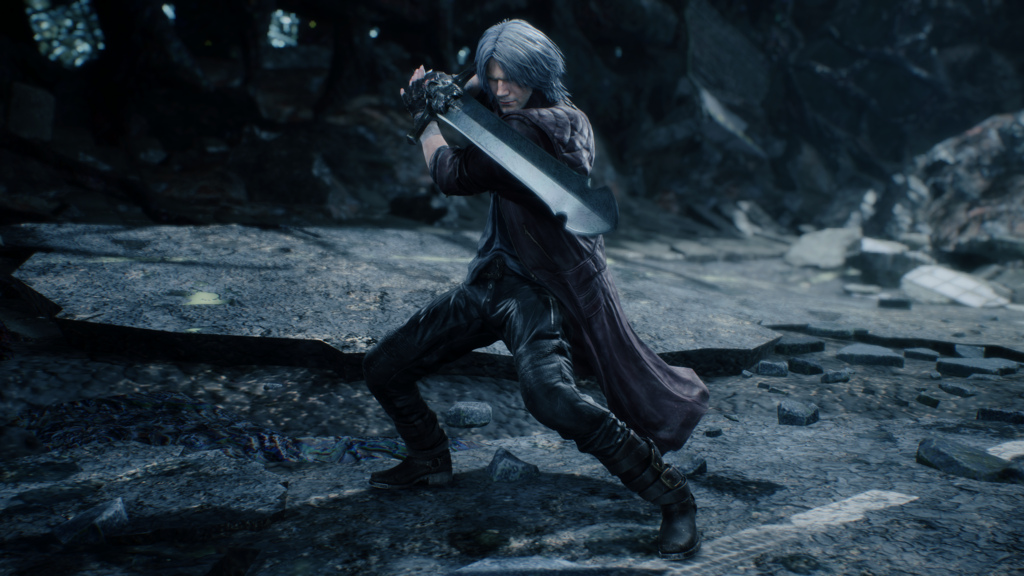 What do you think are the biggest, most important changes to have happened to DMC’s combat system across its various installments? What are some of the most important things that haven’t changed?

Matt Walker, Capcom: The first Devil May Cry really established the template for stage-based 3D action games – I personally think it was the first one to translate the fun of side-scrolling 2D action games well to 3D. It literally defined Devil May Cry by introducing air combos and launchers, as well as the concepts of the Devil Trigger and the Style Rank.

In DMC2 we added a new playable character for the first time, as well as the ability to change weapons on the fly.

In DMC3 Itsuno-san fully took the reins and put his own spin on the story, the character design, and added fighting game like styles to give Dante even more options for playing.

In DMC4, we introduced Nero and the Devil Bringer, which gave him a completely new approach for combating enemies by pulling them in, as well as awesome throw/grapple moves he could perform on different enemies. We also introduced style switching in real time, which really solidified Dante’s gameplay as seamless.

As mentioned previously, DMC5 brings in Nero’s Devil Breakers and new character V, which will provide a brand new approach to gameplay for the series. 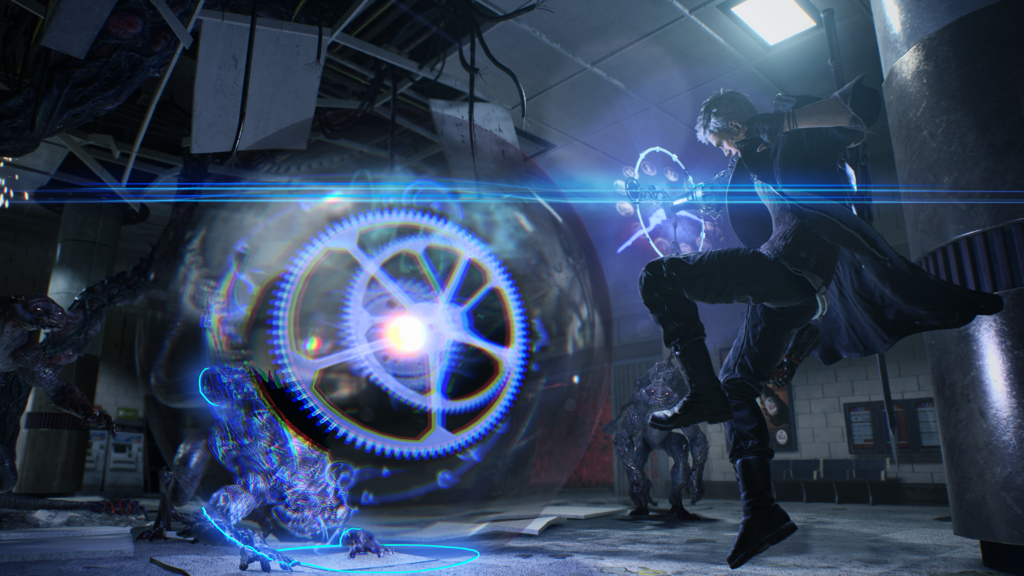 How drastically did the introduction of Devil Arms and Devil Triggers affect the overarching systems at play here? Did the dev team have to go back to the drawing board to see how that all fit in?

Matt Walker, Capcom: One very interesting thing about the way Itsuno-san makes games is that he never deviates from the original concept he had when starting out development.

Another way to put that is that he’s vetted his initial design so thoroughly before beginning development, that he never has to make any major changes to realise the final product.

In a game where you wield a motorcycle as a weapon and break dance fight – what is one idea the team thought was way too crazy to get into the final game? 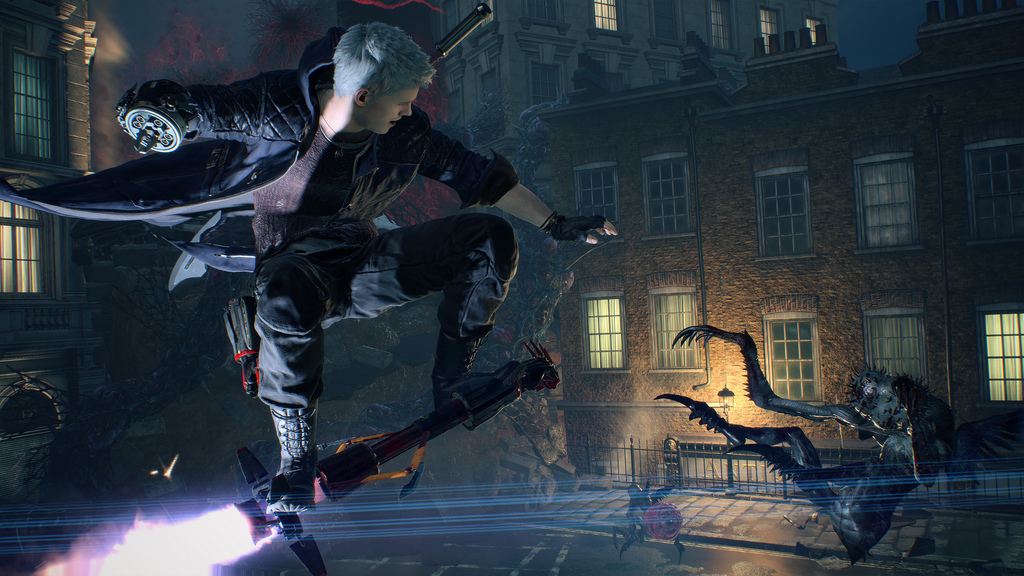 What can you tell us about Nico?

Matt Walker, Capcom: She’s a badass. She’s the granddaughter of Nell Goldstein, the Gunsmith who created Ebony & Ivory. She’s the one who devised and created Nero’s Devil Breakers, and she’s Nero’s partner, who drives around the DMC Motorhome with him.

Everyone knows about Dante’s mainstay weapons (Rebellion, Ebony & Ivory), but we’ve got some new toys to play with in DMC5. What’s the deal with this hat weapon? What about literally using a motorcycle as a melee weapon?

Matt Walker, Capcom: The hat is called “Dr. Faust,” and it’s a throwback to an enemy from Devil May Cry 4. We thought it would be interesting to implement a risk/reward mechanic involving Red Orbs where you would use them, but could get back even more in return if you’re good.

The motorcycle is called “Cavaliere” – we’ve wanted to give Dante a motorcycle he could fight with since Devil May Cry 2. When revisiting the concept for Devil May Cry 5, one of the series animators provided a piece of concept art where Dante had the two pieces of the motorcycle in both his hands as he was dual-wielding chainsaws – it was right then and there we said we HAD to do it.

The developers have described DMC5 as having a certain “adolescent sense of cool” about it. What, in your mind, is the best example of a sense of style that only DMC can bring?

Matt Walker, Capcom: I think Devil May Cry is the only series that can combine PBR (Physically-Based Rendering) graphics with swords, guns, lasers, explosions, one-liners – and do it in a way that comes off as both sincere and AAA.